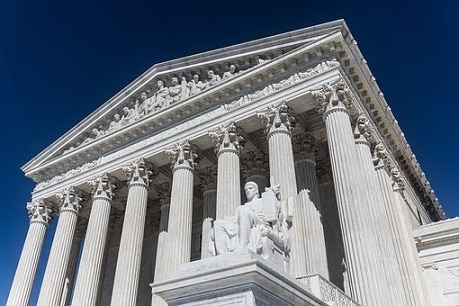 Understanding Sales and Use Tax Following the Wayfair Decision

This post is for companies that may be affected by the Supreme Court’s Wayfair Decision.

The following was written by Passport Software’s President, John Miller, to help businesses understand the effects of the new ruling.  We hope you find it useful:

Many years ago, there was a tea party in Boston Harbor. Something to do with taxation without representation. It may be time for another one.

In 1992, the Supreme Court, in a case referred to as “Quill”, decided that no state could require a company outside of it to collect its sales and use taxes for sales to citizens within their state unless the company had a substantial physical presence in that state.

This precedent protected small business from “burdensome” administrative processes that would have interfered with and limited interstate commerce.

The “Quill” case ruling laid down the law that ruled our land until last June 21st 2018.

On that day, the current Supreme Court reversed the “Quill” decision in a new case referred to as Wayfair.

Economic nexus, as established in the Wayfair case, was defined as $100,000 or 200 transactions per year shipped to South Dakota residents or companies as the threshold for requiring an an out of state company to be subject to sales and use tax collection.

In the Wayfair case, the Supreme Court said states could require companies with an “economic nexus” to their state to collect sales and use taxes.

Why the reversal?  In a word – Internet.

As Internet sales have grown, due in no small part to the sales tax-free nature of much of it, “Brick and mortar” retail sales have suffered, reducing the states’ sales tax revenue stream.

The Wayfair Decision reversal set a new precedent with consequences:

·         First, it does help level the playing field for brick and mortar retail.

·         Second, it provides an opportunity to states to legislate changes to their sales tax regulations.

The promise of income has created a landslide of state and local sales tax legislation.

Multiply those changing regulations by the number of states a company sells into, and the magnitude of the complexity of compliance and reporting begins to come into focus.

The potential to dangerously encumber small businesses who sell outside of their home state by forcing them to track and comply with a different set of sales tax laws for each state is a very real burden.

For some, enough to be a threat to their very existence.

Another consequence is subtle but real. Companies in one state will be expected to collect and pay sales tax to another state in which that company has no vote, no choice.

In other words, no representation.

The Unites States Constitution contains something about that no taxation without representation idea, doesn’t it?

It also contains the Commerce and Due Process Clauses which prohibit states from enacting burdensome and discriminatory laws and practices that would hinder interstate commerce.

Small business creates most of the new jobs in our economy.

Millions of small businesses employ the largest part of our work force but get little real attention or assistance from government.

Sales and Use Tax Landscape

I believe that it is now time for every small business owner to contact their state representatives and their Congressional representatives about simplifying their sales and use tax for business.

Each of us must speak up to ensure that businesses and consumers alike are represented in the changing sales and use tax landscape.

Let’s ensure we have representation and not allow the special interests, captive politicians, and over-educated but inexperienced administrative bureaucrats who have no idea of the challenges small business people face, to dictate our fate.

Our current sales and use tax capabilities are good, but, with the expanded requirements post-Wayfair, we know that many of you will need improved tools and we will create them.

Passport Software is in the business of helping you run your business as efficiently as possible, so we welcome your comments about how we can help. Please call 800-969-7900 to share your input.